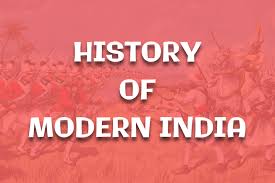 Which among the following represents the correct chronological order of the above events?

12.The “Chai Taret Khuntakpa” is a period ranging from 1817-1826 , which the Manipuris remember it as 7 years of devastation. In this context consider the following statements:

During this period, the rule of Assam and Manipur had gone into hands of the Burmese

Which among the above statements is / are correct?

Assam was ruled by Ahom kingdom from 1228 to 1826 and it was sovereign even in the Mughal era. But in 1817, it was attacked by the Burmese and thus Ahom Kingdom went into the control of Burmese till 1826. The Assamese call this 7 year period as Manor din and the Manipuris call it Chai Taret Khuntakpa which means 7 years of devastation. The independent and powerful Ahom dynasty ended with the Burmese invasion. But, after the First Anglo Burmese War, the Burmese lost control over Assam in 1826 by Treaty of Yandabu.

13.Which among the following cities saw the first instance of Satyagraha in India?

The first satyagraha in India was Champaran Satyagraha and the first Rajkumar Shukla requested Gandhiji to intervene into the matter of the indigo planters of Champaran. The planter were forced to grow indigo on 3/20th of the land . It was known as Tinkathia System. The agitation of Gandhiji eventually abolished the system and helped to recover 25% of the illegally taken money of the planters from the authority. In March 1918, under the leadership of Gandhi, there was a strike in the cotton mills in Ahmedabad. It was at this juncture that Gandhi began the ‘first’ of his seventeen ‘fasts unto death’ on 15 March, 1918.

14.During the viceroyship of Lord Chlemsford which of the following events took place?

[D] All of the above

Correct Answer: D [All of the above]

Lord Chlemsford (1916-1921): The enactment of the Government of India, 1919 (Montague-Chelmsfor Reforms) which introduced dyarchy in the provincess, Rowlatt Act (1919), Jallianwala Bagh Massacre (1919) and Non-Cooperation Movement were some of the important events in his period.

15.A notable newspaper “Jam-e Jamshed ” was published by whom

In Bombay, the Jam-e Jamshed is a weekly newspaper published in Gujarati with a section in English by P.M. Motiwala in 1831.

16.Mahatma Gandhi self described himself as a ‘Philosophical Anarchist’. What belief led him to describe himself so?

citizens had no obligation to obey the State

State represents violence in a concentrated and organized form

individual has a soul, but as the State is a soulless machine

Select the correct option from the codes given below:

Mahatma Gandhi described himself as a ‘Philosophical Anarchist’ and said, “In such a state (of affairs), everyone is his own rulers. He rules himself in such a manner that he is never a hindrance to his neighbor”.

17.What was /were the main idea behind establishment of United Patriotic Association by Sir Syed Ahmad Khan in 1888?

To launch a parallel Organization to Congress for Muslims

To show British allegiance of Muslims

To voice for Indian grievances in England

Select the correct option from the codes given below:

Sir Syed Ahmad Khan was anxious to put Muslims back into favor with the British, but the things were of later period than 1888. At that time, Sir Syed Ahmad Khan made it his special endeavor to persuade his co-religionists to keep aloof from the Congress, which was showing growing signs of opposition towards British policy and administration. In 1888 Sir Syed Ahmad established the United Patriotic Association, which included Muslims as well as Hindu members, all of whom were opposed to the Congress. In 1893 he formed the Mohammedan Anglo-Oriental Defence Association of Upper India, confining its membership to Muslims and Englishmen.

2. used to raise funds by Indians in foreign markets

3. created by a domestic custodian

Which among the above is / are correct?

An Indian Depository Receipt is an instrument denominated in Indian Rupees in the form of a depository receipt created by a Domestic Depository (custodian of securities registered with the Securities and Exchange Board of India) against the underlying equity of issuing company to enable foreign companies to raise funds from the Indian securities Markets. Standard Chartered PLC became the first global company to file for an issue of Indian depository receipts in India.

19.Where did Vasco Da Gama set up a factory when he came to India for the second time?

In the year 1501 Vasco Da Gama came to India for the second time. He set up a trading factory at Cannanore (Kerala).  He again returned to Portugal in 1503.

20.Pedro Alvarez Cabral came to India in 1500 with the aim of the trade of which of the following?

[C] Both Pepper and Spices

Pedro Alvarez Cabral came to India in September 1500 with the aim of the trade of Pepper and Spices. He established a factory at Calicut.

Which of the above rejected the authority of the Vedas?

Although the adherents of Prarthana Samaj were devoted theists, they also did not regard the Vedas as divine or infallible.  Satyashodhak Samaj was started by Jyotirao Phule with the ideals of human well-being, happiness, unity, equality, and easy religious principles and rituals. Arya Samaj was founded by Swami Dayananda Sarasawti and was based on Indian religious movement that promotes values and practices based on the infallibility of the Vedas. Brahmo Samaj was based on the faith in Vedas.

22.Consider the following differences between Moderates and Extremists in Indian National Congress:

While Gopal Krishna Gokhale was a moderate nationalist, Bal Gangadhar Tilak was an extremist

Which of the above statements is/are correct?

Both are correct statements

23. Consider the following statements about the Lahore Session of congress in 1929:

Poorna Swaraj was declared for the first time as congress objective

Which of the above statements is/are correct?

First statement is correct because Lahore Session of Congress in 1929 is known for Congress demanding Poorna Swaraj as its objective for the first time. Second statement is incorrect.

24.Consider the following statements in context with the various currencies circulated in Bengal in the later half of 18th century:

1. The values of the currencies widely fluctuated

2. The British insisted on payment of revenue in their own currency

3. The native currency was used at a rebate

Which among the above was / were the reasons that increased the problems of Indian traders and peasants as Tax Payers?

The first two options are not correct to say that they increased the problems of natives. It was the third option (native currency was used at a rebate ) that is considered to be the main reason of the issues pertaining to the native traders and peasants as Tax Payers.

25.Which of the following is incorrect about Indian Independence Act?

[A] It provided for the partition of India

[B] It abolished the office of Viceroy

The British monarch was deprived of his right to veto bills or ask for reservation of certain bills for his approval after this act.

26.The decisive battle of the Third Carnatic War, battle of Wandiwash was fought in which year?

The battle of Wandiwash or the battle of Vandavasi was fought in 1760. It was the decisive battle of the Third Carnatic War. English under General Eyre Coote won the battle by defeating French under Count de Lally.

27.Mahadji Shinde was associated with controlling the Maratha empire in which of the following places?

Mahadji Shinde was associated with controlling the Maratha empire in Gwalior and mainly the part of northern India. His father Ranoji Rao Scindia was the founder of the Scindia dynasty.

28.John Lawrence was appointed as the Viceroy of India in which year?

In the year 1863, Lord Elgin died. After that John Lawrence was appointed as the Viceroy of India in the year 1864. At that time Hindus used to throw their deads into the Hooghly river as a part of the rituals. Lord Lawrence stopped the practice and it was his first act as a Viceroy of India.

29.Which of the following events took place during the viceroyship of Lord Mayo?

1. First Census was carried out

2. Establishment of the Statistical Survey of India

Choose the correct option from the codes given below :

The first census in India was started by Lord Mayo in the year 1871. The establishment of the Statistical Survey of India took place in 1869. Indian Evidence Act was passed in the year 1872. As per the act, the discrimination in case of the rules of evidences based on caste was abolished.

30.In the year 1899, the Government of India entered into an agreement with which of the following countries to restrict any foreign powers?

During the time of Lord Curzon, many foreign powers tried to establish their hold in different of Persia. The Government of India entered into an agreement in 1899 with Kaweit to restrict any foreign powers. When Germany tried to enter, they refused.

My BooksforUPSC will update many more new pdf and study materials and exam updates, keep Visiting and share our post, So more people will get this.

This PDF is not related to BooksforUPSC and if you have any objections over this pdf, you can mail us at [email protected] Support us By Joining the Below Groups And Like Our Pages We Will be very thankful to you.

Which ncert books to read for upsc prelims mains
Must read ncert books for UPSC IAS Prelims-Mains There are not many old and new NCERT books that are preferred...